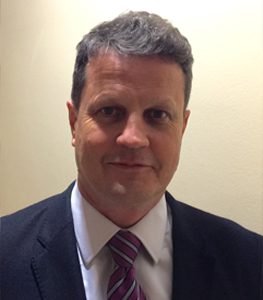 Christian Michel, a 30-year lodging veteran, was promoted Vice President Development for Wyndham Hotels Group International in May 2007. He is responsible for growing the portfolio of brands and leading the development team in Central and Eastern Europe.

He joined the company in May 2004 as Director of Development for Eastern Europe. Prior to joining the company, he served as General Manager at the Ramada Dubai for Almullah Companies, where he worked for two years renovating successfully the property and managing the operation of 171 rooms and 9 outlets including banquet and outside catering.

Earlier in his career, he was General Manager of 4 Swiss Inn properties in El Gouna, Egypt and before that he worked 10 years in different management positions for Mövenpick Hotels, the largest Swiss Hotel Group.

Christian Michel is a 1989 graduate of the Hotel School Lausanne where he earned a bachelor’s degree of catering trade delivered with honour. Since April 1994, he also holds a Swiss confederation certificate of Marketing Expert.

About Wyndham Hotel Group
Wyndham Hotel Group is the world’s largest hotel company based on number of hotels and is one of three hospitality business units of Wyndham Worldwide (NYSE: WYN). As both a leading hotel brand franchiser and hotel management services provider, the company’s global portfolio consists of over 7,800 properties and 678,000 rooms in 72 countries under the following brands: Dolce Hotels and Resorts®, Wyndham Grand®, Wyndham Hotels and Resorts®, Wyndham Garden® Hotels, TRYP by Wyndham®,

Wyndham Rewards, the company’s guest loyalty program, offers more than 44 million members the opportunity to earn and redeem points at thousands of hotels across the world. For more information, visit